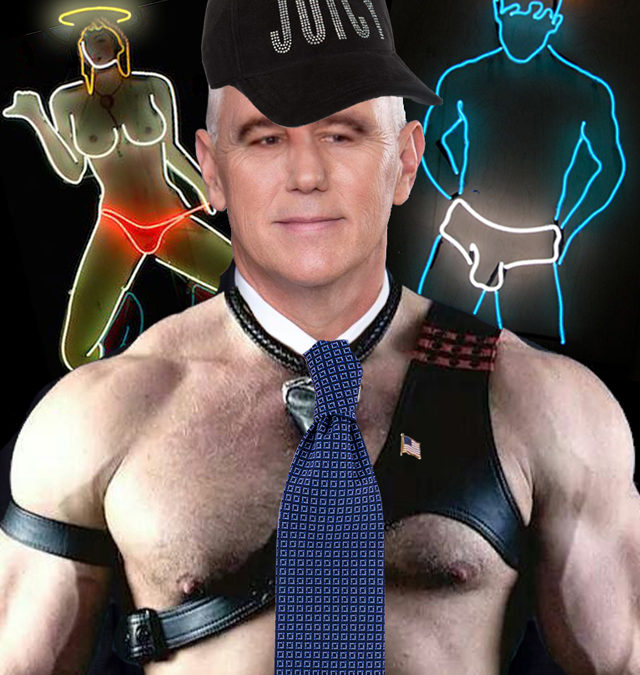 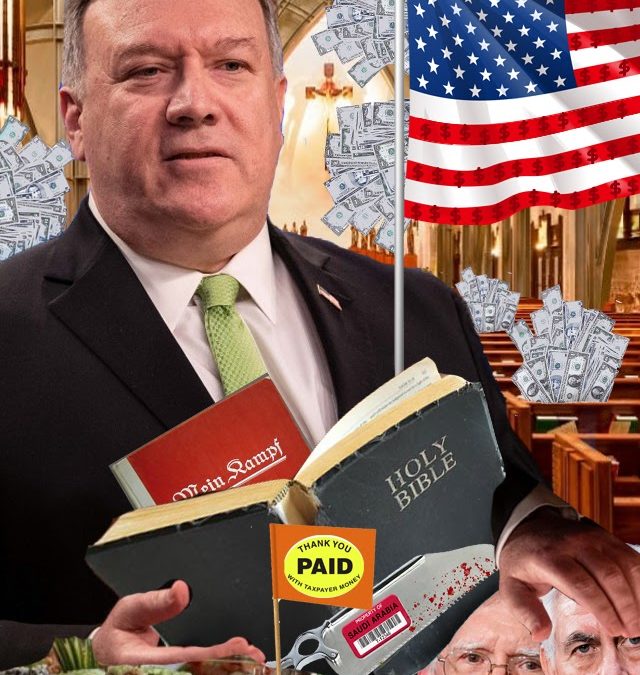 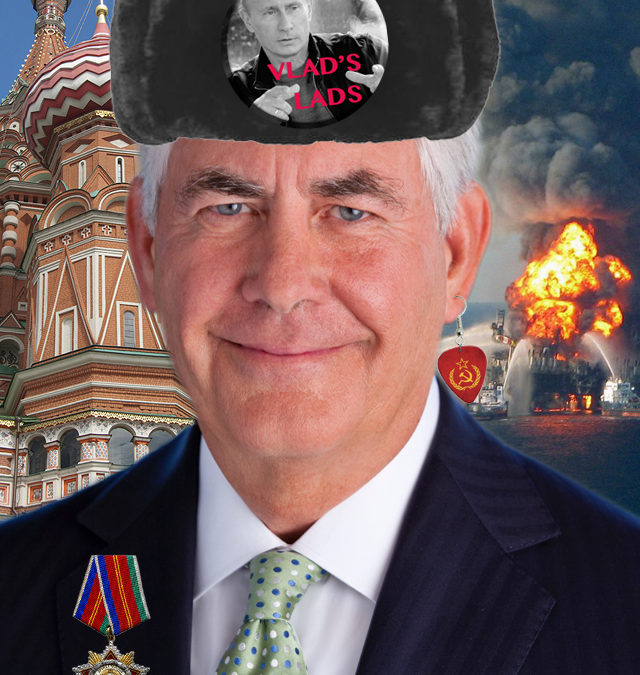 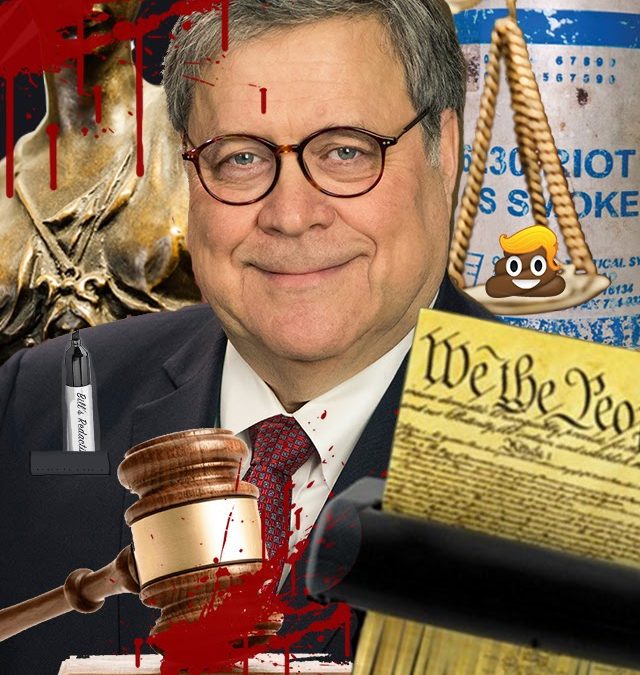 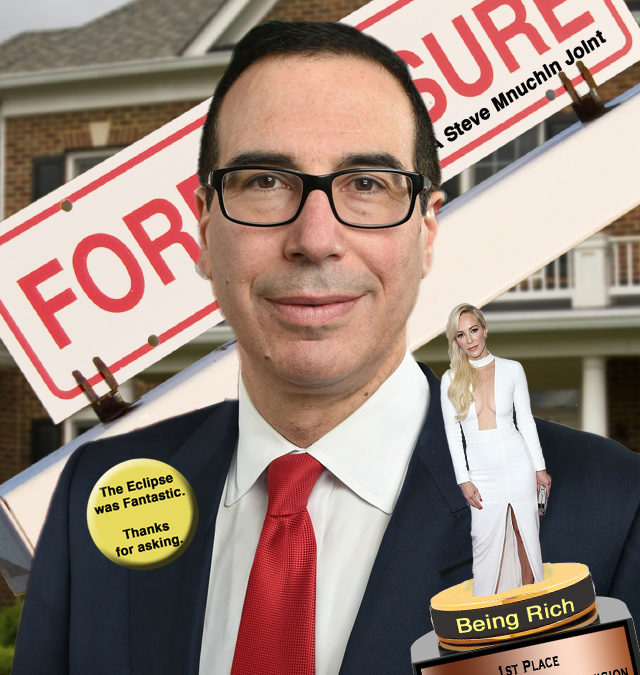 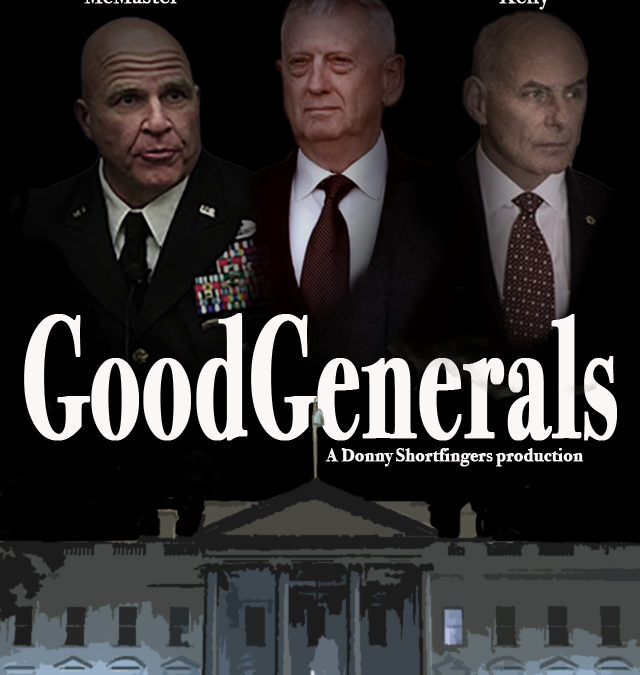 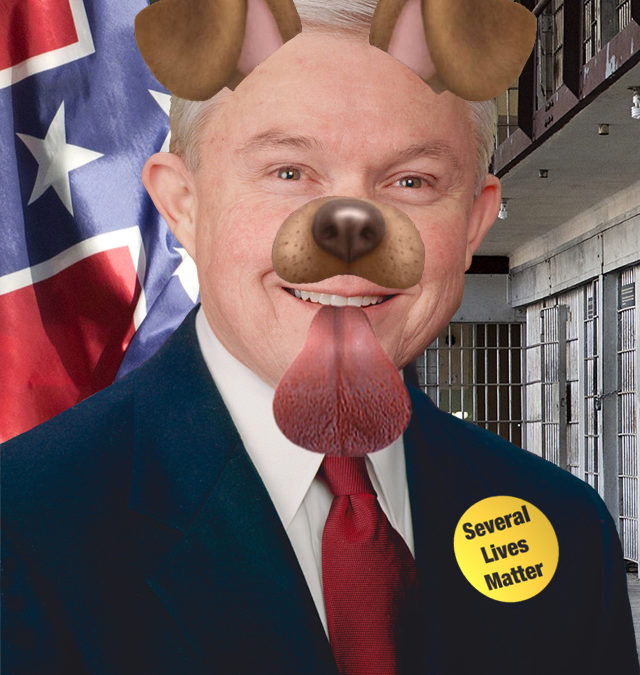 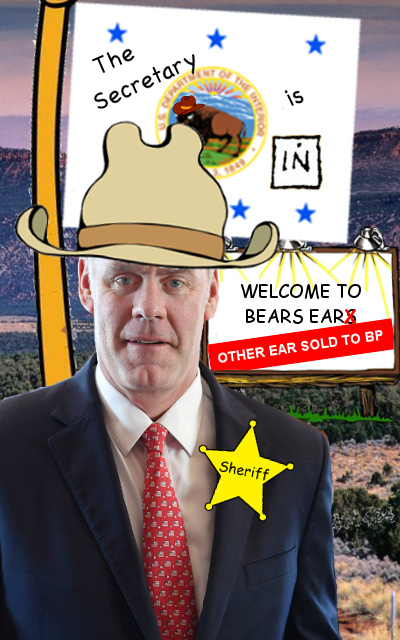 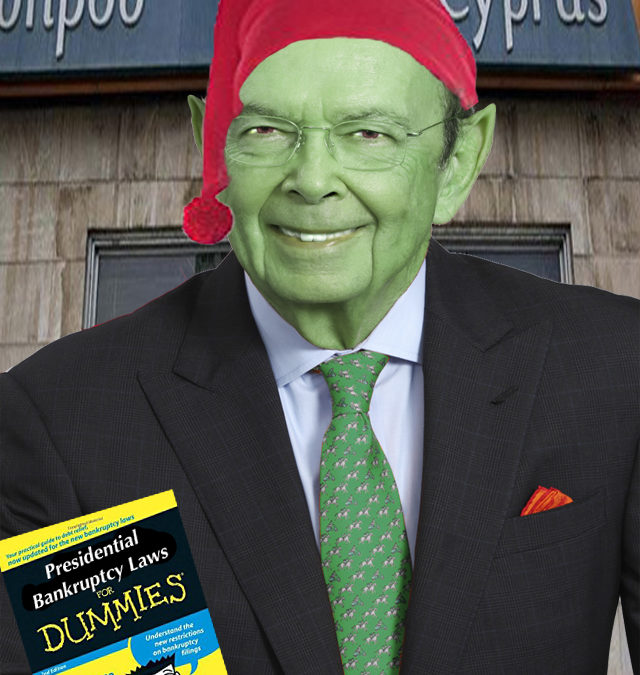 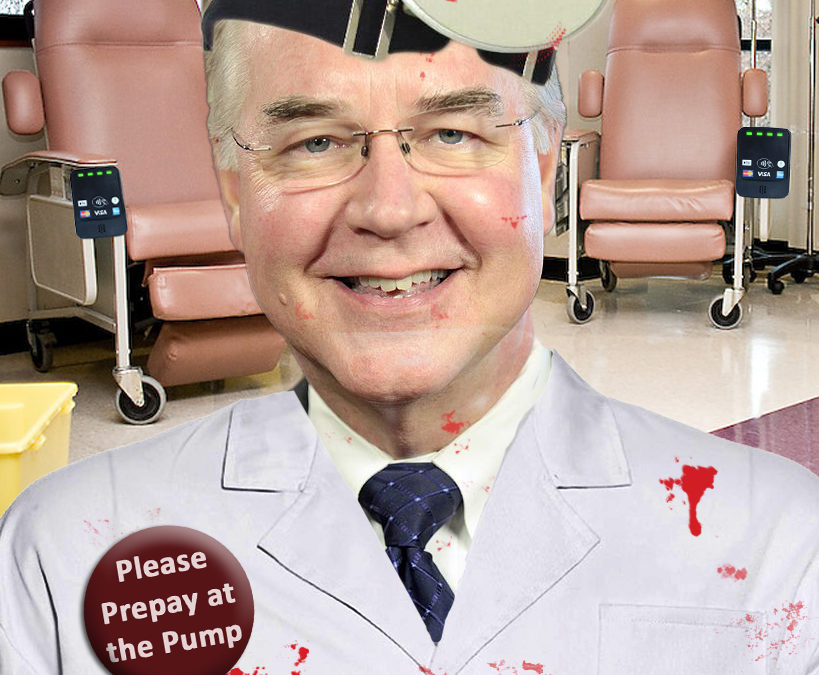 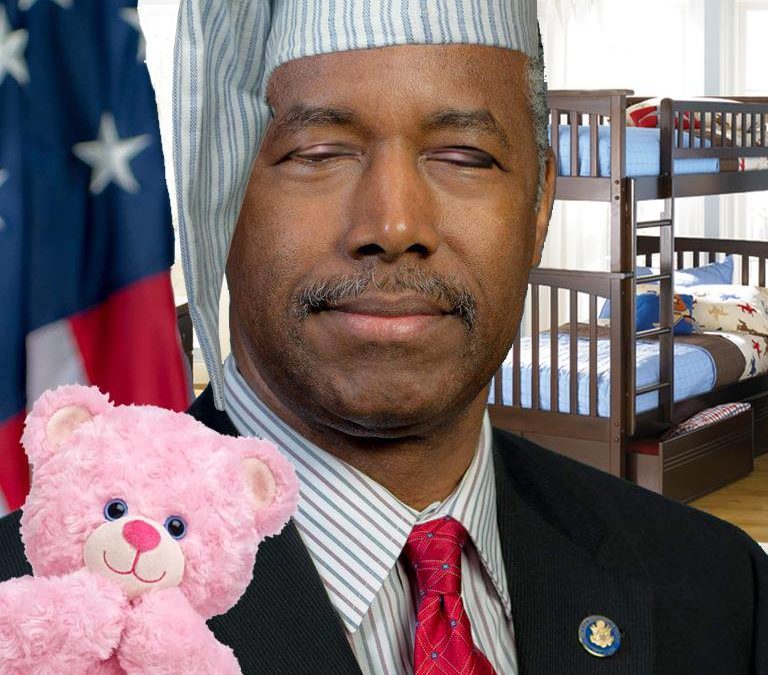 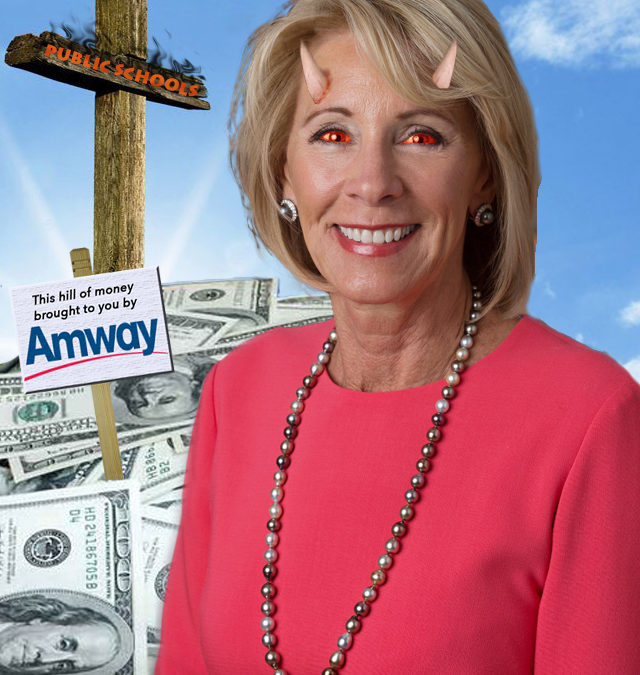 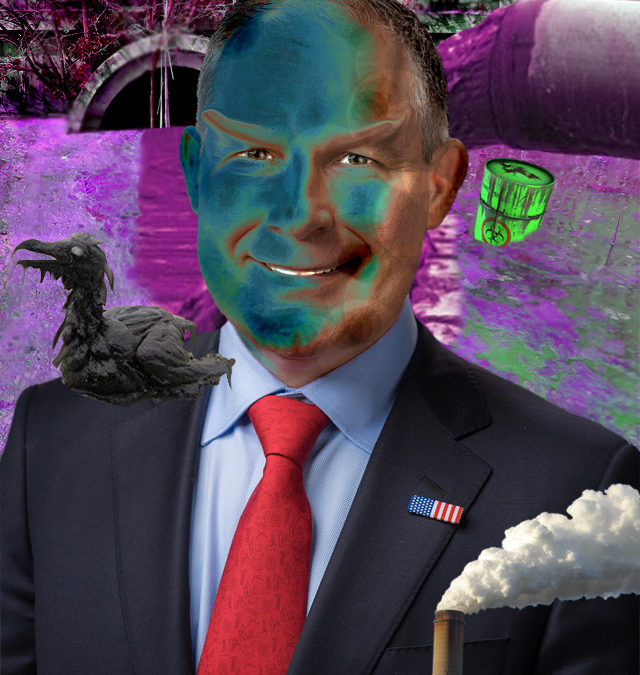 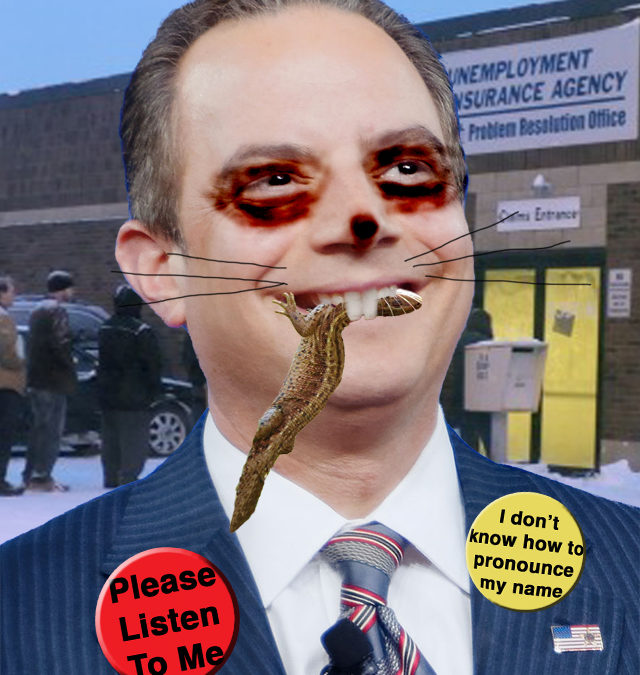 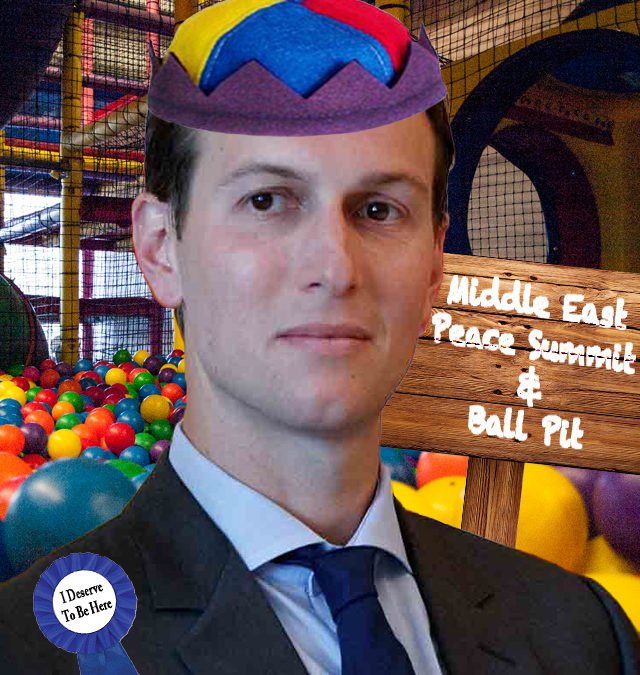 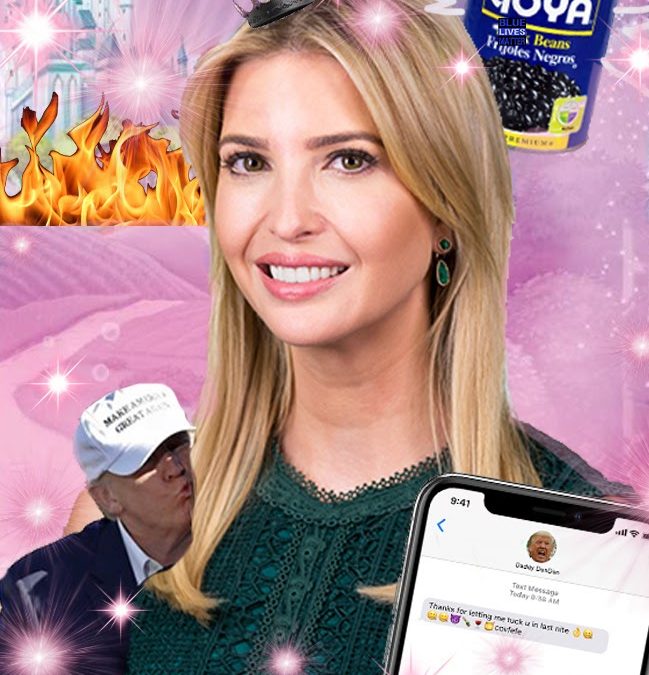 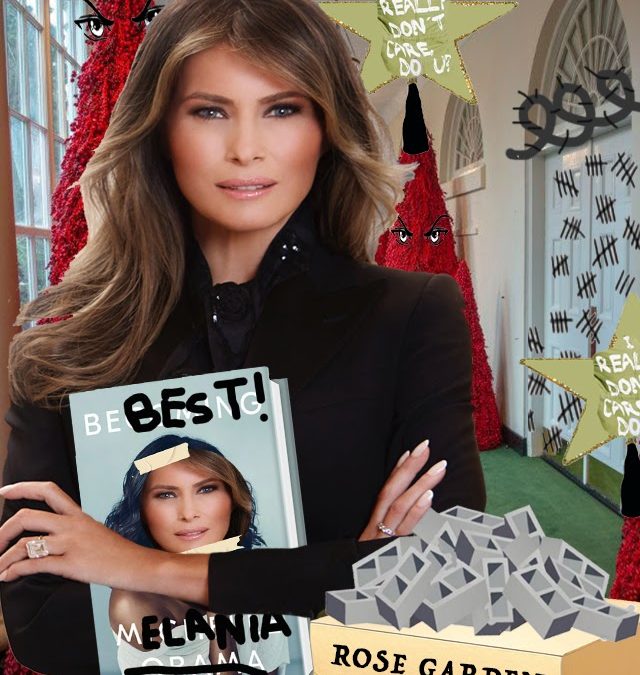 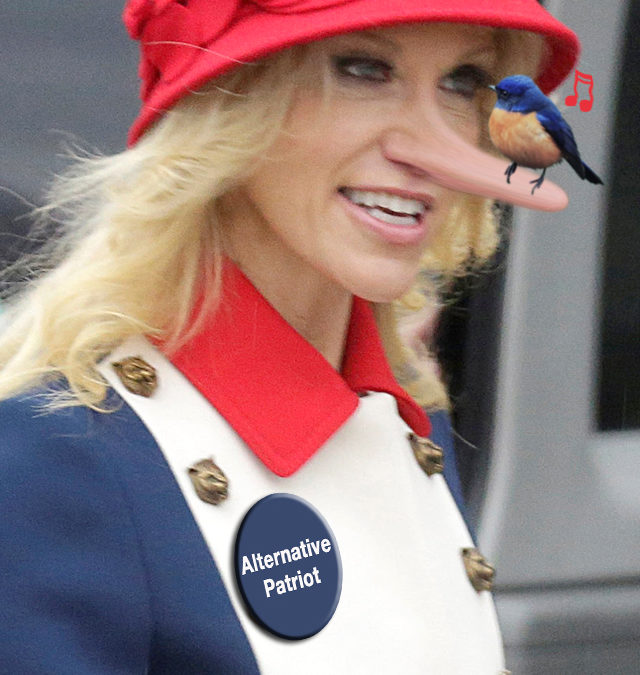 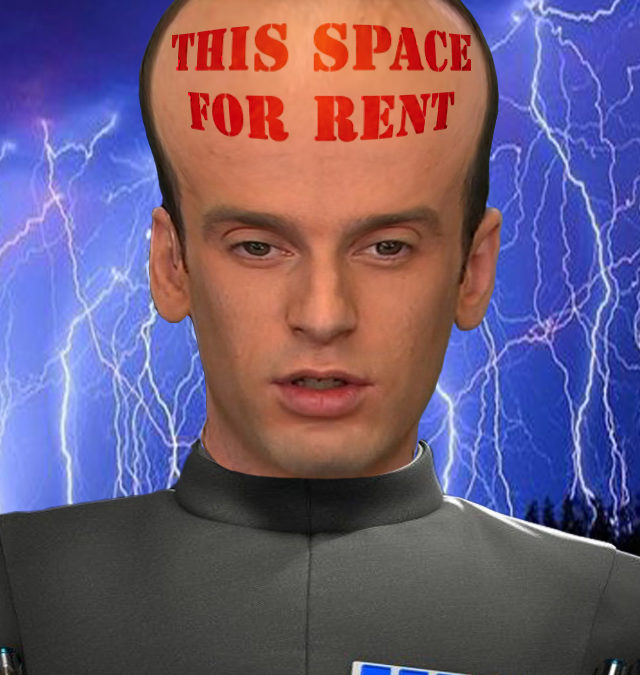 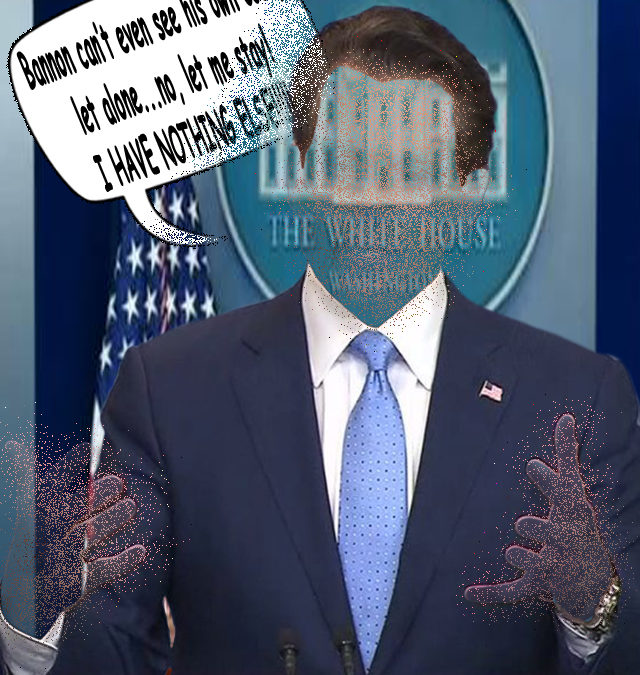 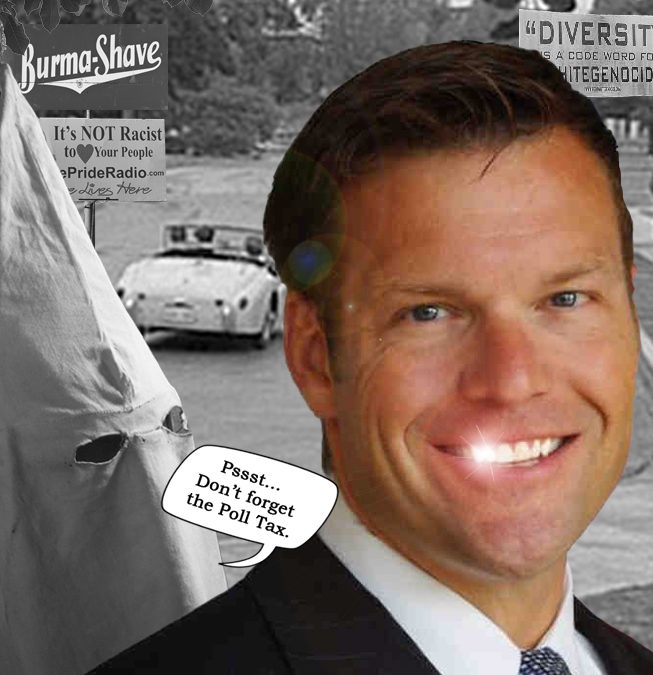 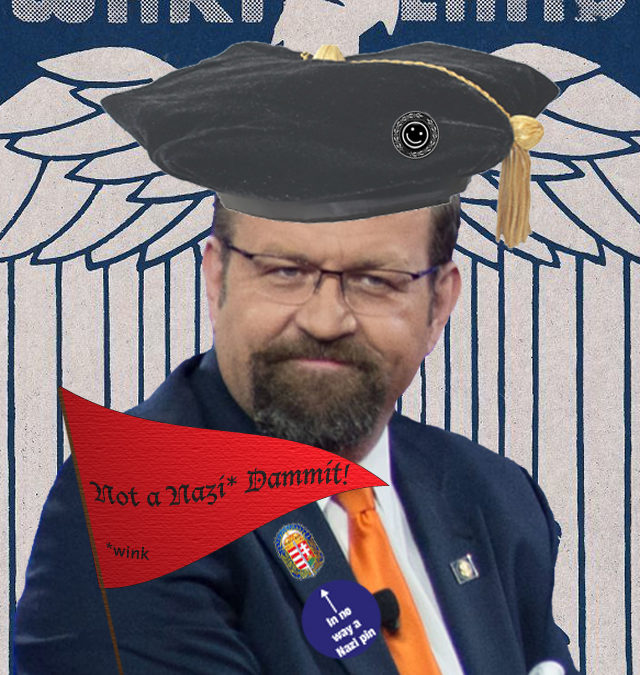 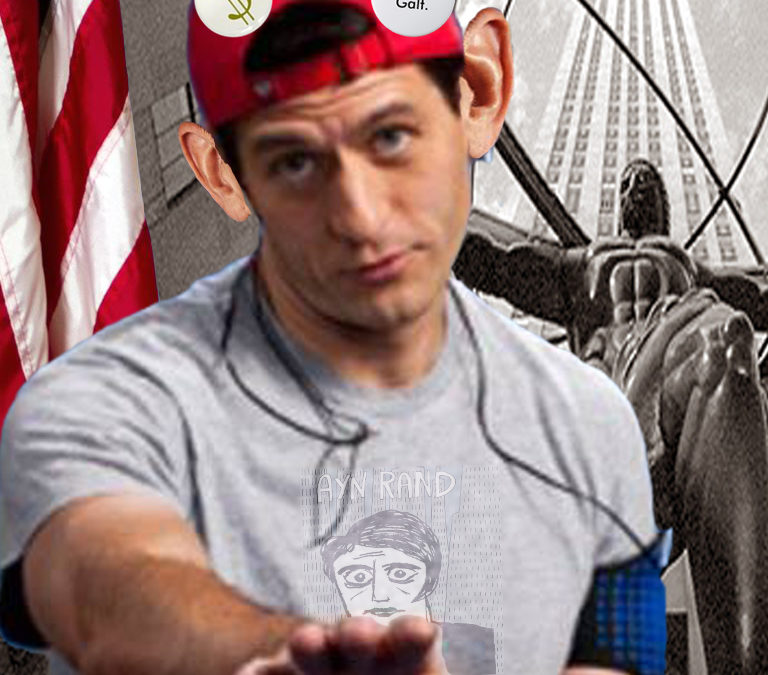 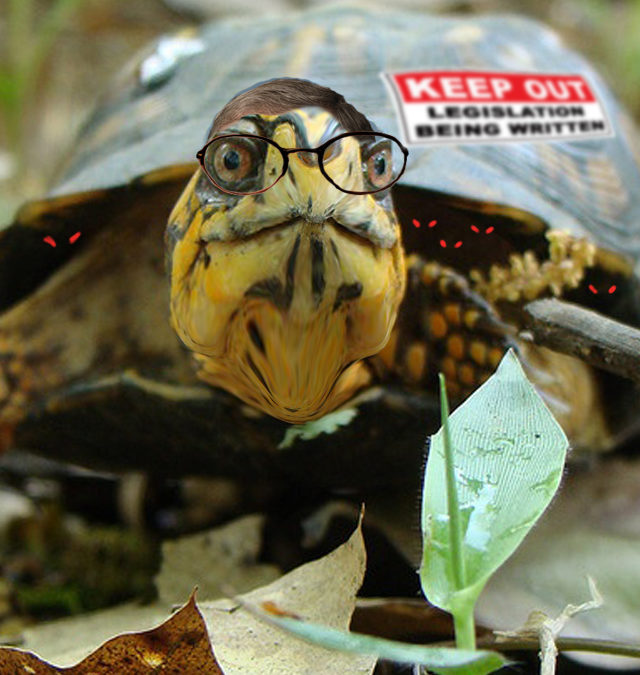 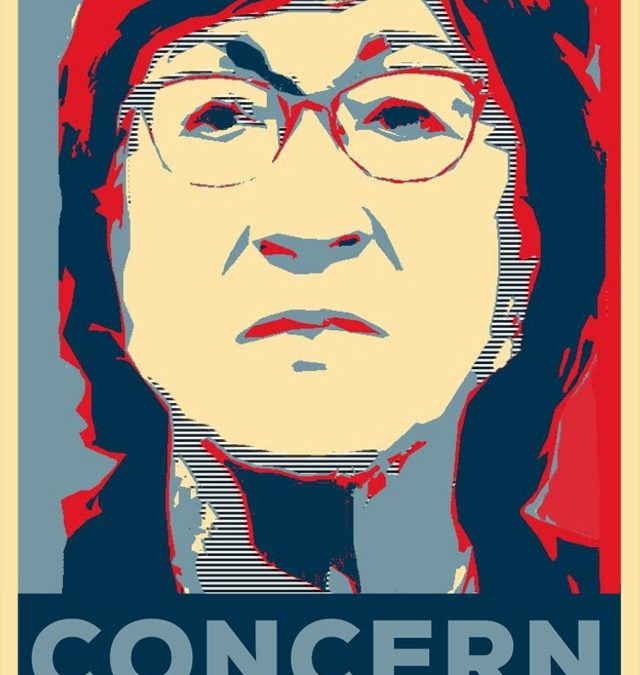 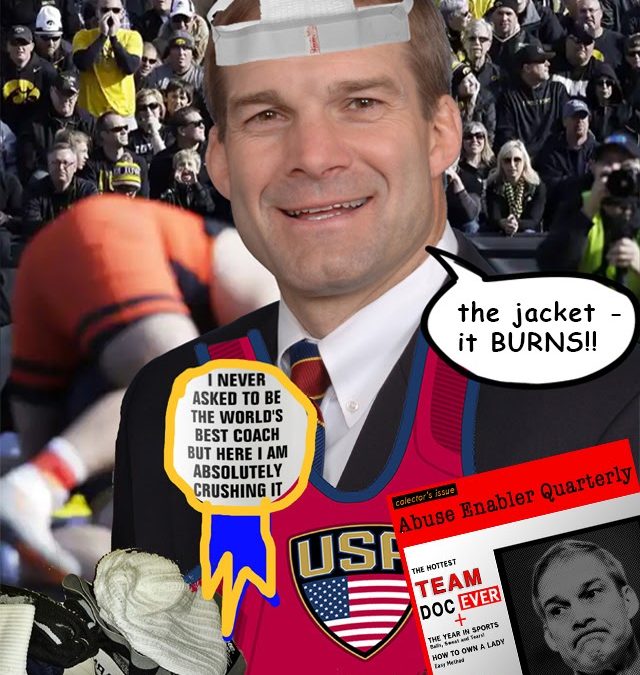 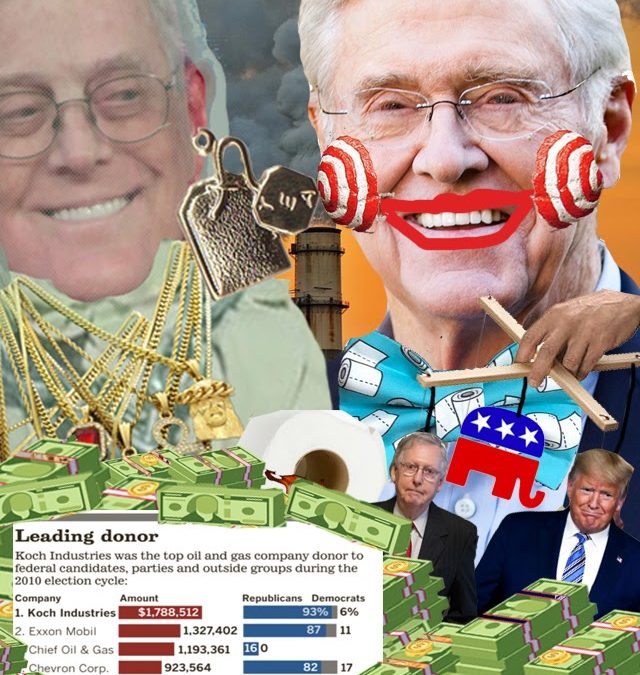 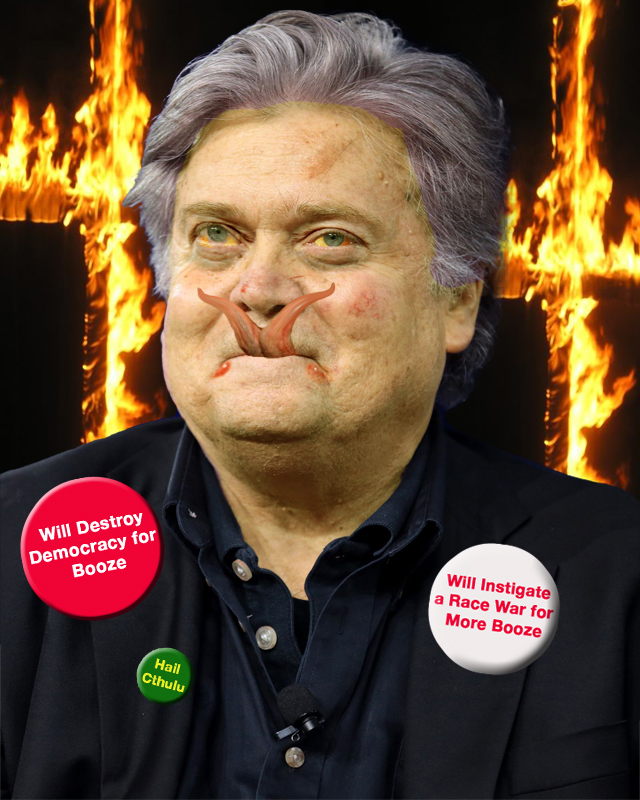 Steve Bannon played Bob Ewell in a high school production of To Kill a Mockingbird, and liked it so much he decided to stay in character for the rest of his life.

*Well, if you only count “white people” as “people.”

Like all populist folks heroes, Steve spent years as an investment banker with Goldman Sachs, which eventually landed him a stake in SEINFELD, so every time you watch the one with the Soup Nazi in syndication, you can take comfort in knowing you just helped the guy who wrote the American Carnage speech buy another fifth of cheap gin.

Anyhow, Bannon liked Hollywood so much, he decided to become a right wing propaganda filmmaker, rising to fame via a particularly creepy feature-length fan letter to that one vice presidential nominee who thinks “Hey, what newspapers do you read?” counts as a “gotcha question.”

When Breitbart died, Bannon took over his White Resentment Chat Room/Survivalist Gear Emporium, seizing the opportunity to continue his life’s work; keeping a growing army of shitty white dudes perpetually lathered up in fury that they have to share the world with women and minorities.

Shit, he’s kept so busy, you wonder when he found the time to earn those charges for abusing his ex-wife.

Anyhow, on Paul Manafort’s departure, Darth Wino stepped into the void at the top of the Drumpf campaign, recognizing the candidate as a real Rube’s Rube, a mentally vacant dumbshit genuinely willing to believe anything he was told so long as it came wrapped in an appropriate degree of obsequiousness.

Ok, it was a long LONG longshot, and things weren’t looking good, but on the off chance things came together juuuust perfectly, wouldn’t it fun to have a President for a pet?

Got it? Goldman Sachs Exec to Propaganda Maker to Hate Site Editor to the Cartoon Devil Whispering Into the Ear of Our Idiot Manchild President. What sort of ass-backwards butterfly effect shit had to go down where this Brothers Grimm Villain gets regular face time with the President of the United States? Fucker tried to sneak himself onto the motherfucking National Security Council, for fuck’s sake. Jesus fucking Christ.

Anyhow, even as the likes of Flynn and Spicer and Priebus have fallen, Darth Wino still haunts the West Wing, angling for as much of the Rube President’s childlike attention span as he can glom onto, leaving headless teddy bears in H.R. McMaster’s desk drawers, with notes reading “YOU’RE NEXT, CUCK” pinned to their stuffing-oozing torsos.

Will he be the Last Jag Standing? Tune in next week, Resistors…

UPDATE: Steve-O has been sent scuttling back to his filthy little website, THANK ALL THE GODS IN ALL THE HEAVENS!